Why do I get so many spam calls? Here is an in-depth look on why you are getting spam calls from robocallers and unsolicited parties, and how you can avoid them.

Spam calls are rampant today- about 178 million spam calls are placed in a single day in the US, according to data from YouMail Robocall Index and FTC (Federal Trade Commission Report).

In FY 2018, an estimated total of 65 billion illegal spam calls from both live telemarketers and robocallers combined could be placed.

Spam calls are so common to consumers, receiving 4-6 calls a day for some is no longer surprising.

So why do I get so many spam calls? Where do they originate?

Telemarketers, robocallers and scammers buy, sell and share these lists to and start placing calls to innocent people, for the purpose of unsolicited marketing, scam, and more.

How your number ends up with telemarketers

Numbers are in fact not always stolen. In many cases, they were handed over by ourselves.

Whenever you fill up a form on a website, leave a phone number at a retailer, or donate money through third party organization etc, your phone number gets added to a list. Your phone numbers reside in phone number databases and calling lists, then get sold around and bought by spam callers who run solicitation and scams.

There are hundreds of data providers with a wide array of data on large number of individuals, such as TelephoneLists.Biz  and WorldMobileDatabases.com.

Thieves and scammers can perform Phone number identity theft, where they steal phone accounts in order to gain access to other personal accounts such as credit card, email address, physical address etc, to conduct fraud.

According to Javelin Strategy & Research in Pleasanton, California, in 2016 alone, about 161,000 individuals had their mobile phone accounts taken over in Phone number identity theft cases in US.

Cost to consumers and businesses

Automated calls can also cost businesses, through time-wasting and loss of productivity- Small businesses in the US lose nearly half a billion dollars a year in wasted time by handling telemarketing and other unwanted calls.

Reasons why you should stop giving out your personal number

If you only own one phone number, the number will lead directly to you and your personal identity. Phone numbers are today just as revealing of a person’s identity as social security numbers- since for majority of people use the same one mobile number for registration with services, websites and mobile apps of all types.

Measures such as the national “Do-not-call” registry are not completely effective to curb spam calls from reaching personal numbers: In FY 2017, FTC (Federal Trade Commission) still received an average of over 375,000 robocall complaints per month, quintuple from 63,000 complaints received in 2009.

Other new and unknown risks come up every day. A real phone number obtained by thieves could mean opening up “Pandora’s box”.

Here is how a second phone number can solve these problems

Using a second phone number with generally less trusted services, greatly reduces risk of digital identity theft, since thieves do not obtain your real number even if they manage to steal the phone number account. Keeping your real number away from calling lists, helps to keep out telemarketers and reduce unwanted calls to your actual phone line.

Second phone numbers are effective even in the event where you require a phone number only on a temporary basis. Use disposable numbers such as for receiving a verification codes, or a using a phone number over an online service to complete a sign up.

Second phone numbers are effective also to allow one to continue sending and receiving communications with third party services when necessary, as they become your very own private number to call and text anonymously without ever using your actual phone number.

How to get a second phone number?

Phoner app has feature to identify spam callers even before you pick up the call, which help by displaying true caller information on the ringing screen whenever a call comes in.

Phoner app takes Caller ID to the next level, by instantly revealing the name of the person calling without you knowing who it is. Name information are provided by publicly available sources and trusted third party sources.

Numbers can be burned, or renewed in Phoner at any time, making it suitable for both temporary situations, as well as long term use.

Phoner offers thousands of available phone numbers, from every area code in US, and also from 35 other countries, allowing you to get a number from almost any part of the world.

Phoner is a one of the most cost effective way of owning a Second phone number, since you pay for credits to send and receive text and call only when you need it, as compared to maintaining a separate postpaid line with mobile carriers. 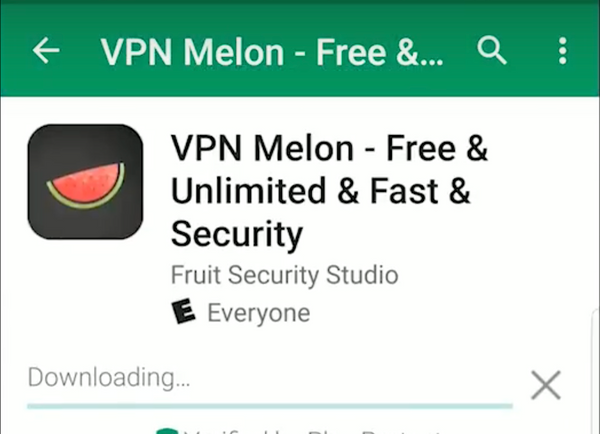 Students love this cute and fruity VPN, but does it hold up to your VPN needs? Read the in-depth VPN Melon review for Android here. What is VPN Melon for