When you have the best VPN for Android TV installed, then it gives you a security and state of anonymous which is good for you.

For example, when you install a VPN on your Android TV, the server will encrypt your the data so that no one will be able to see your data on the network.

If you want to protect your privacy and want to access restricted content on the internet, then use ‘’VPN Vault by Appsverse’. Here is the link, download it and can install it on Netflix Android TV, T95 TV box, Android TV Launcher, and X96 mini TV box and get access to your favorite apps and geo-restricted content.

Why you should use a VPN for Android TV?

Don't go to any website if you have not installed a trustworthy VPN on your Android TV.

There are a lot of websites and apps which do not allow you to access them. But by using a VPN, you can easily access them and can download restricted apps, and can see the geo-restricted data.

Here we will see three benefits of using VPN on Android TV.

The biggest purpose of using VPN on Android TV is that when you use your Android device, you frequently associate with the web through open Wi-Fi. It means that you are also linked with a lot of devices, so it can be possible for anyone to hack your device and can get access to your important data, such as banking and shopping data. So when you use a VPN, then it secures your browsing from snoop eyes.

If you want safe browsing and mask your IP address then use one of the best VPN for Android TV such as VPN Vault by Appsverse.

There are few apps and content which are only available in some specific countries. By using one of the "Best VPN for Android TV", you can unlock the geo-restricted content such as apps and shows.

For example, if Netflix is only available in the USA and you are a resident of Australia, by connecting to a trustworthy VPN such as ‘’VPN Vault by Appsverse’’, you can get access to Netflix USA even if you are in Australia.

VPN is used to evade firewall hindering standards. In your country, school or workplace, the Internet provider may hinder or obstruct some specific sites, but install one of the best VPN for Android TV on the device, then the firewall will not be able to tell that you are getting access to the hindered websites or blocked sites.

3 things in a good VPN

You should know the following important feature when you are choosing a good VPN for your Android TV.

1) Connection speed should be maximum

All VPN service providers do not provide this feature. So when you are choosing your VPN, this feature must be present in your VPN. It provides extra security to your browsing and protects your data from hackers.

This is the most important feature of a good VPN. Make sure that your VPN has a number of different locations worldwide.

It is important so that you can connect to different countries worldwide to see the content of your choice.

VPN Vault by Appsverse is one of the best VPNs out there. It contains all qualities of a good VPN including download and upload speeds faster than NordVPN and Cyberghost. Here is a link for you to download it and install it on your Android TV and enjoy the content.

ExpressVPN is a fast VPN. It is very simple and its connection speed is very fast. It provides you about 160 locations worldwide.

Surfshark is also one of the best VPN for Android TV. It provides about 65 VPN server locations worldwide. The important feature of Surfshark is that it provides support to unlimited devices. It supports 15 Netflix libraries.

In conclusion, we understand how the best VPN for Android TV is dependent on your preferences. If you do not have a favourite, we recommend VPN Vault by Appsverse. 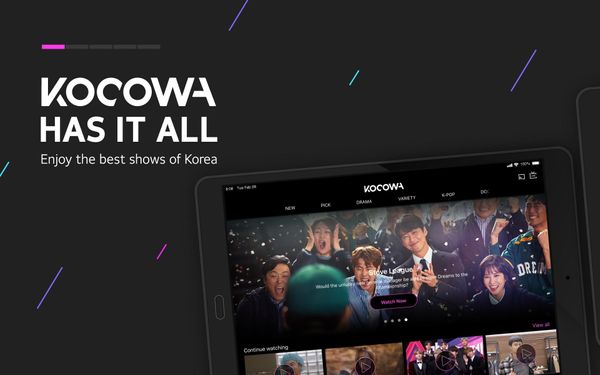 Whether it be the latest episode of variety show Running Man or re-watching the entire season of Goblin, video on demand streaming has made that possible worldwide – that is if you know how to unblock Kocowa app in your country.

Almost every iPhone user is familiar with private calls or unknown calls. Some of these calls are really annoying when you're going through a busy schedule. However, there are certain