You might be wondering how to get the best VPN for BBC iPlayer to watch BBC iPlayer shows outside of the UK.

How to get the best VPN for BBC iPlayer: what to look out for when picking a VPN

How to get the best VPN for BBC iPlayer? BBC iPlayer is a video streaming service provided by the British Broadcasting Corporation as a complement to its television service.

The service contains recordings of popular BBC shows such as Top Gear and Strictly Come Dancing, and also contains content specific to the online service, such as Drag Race UK and clips from BBC Radio One.

Unfortunately, due to licensing restrictions, BBC iPlayer cannot be viewed outside of the UK unless you are tied in to specific programmes with your local pay-TV provider where there is a pre-existing relationship with BBC iPlayer.

For example, in the United States, there is a video streaming service called BritBox which is a joint venture with BBC Worldwide and AMC Networks which co-owns BBC America.

BBC iPlayer blocks Internet connections where the IP address is not from the UK. Having a VPN allows you the chance to overcome this problem.

Here is what to look out for when figuring out how to get the best VPN for BBC iPlayer:

1) The VPN should have servers based in the United Kingdom

What a VPN will do is change your Internet connection’s IP address to a UK-based IP so that BBC iPlayer recognises that your connection is coming from the United Kingdom and will proceed to unblock content from their site for you.

Most VPNs such as VPN Vault by Appsverse, ExpressVPN and NordVPN cover the UK as a country, and some even have servers specific for BBC iPlayer connections.

However, this only solves part of the problem, which is why we also ask that you also see that...

The reality is that BBC iPlayer is quickly catching up with VPNs that are trying to circumvent access to content that is geo-blocked to addresses that are outside the United Kingdom.

This is very similar to what Netflix is doing, where they are detecting IP addresses that come from VPNs and blocking them.

Thus, you should look out for a VPN that rotates IP addresses such that whenever you are using a United Kingdom server, your IP address changes with every connection.

VPN Vault by Appsverse is one such app that does this. In order to check if your IP is being rotated, go to a site like What Is My IP Address and check your IP address every time you connect to a United Kingdom server. Your IP address should change every so often.

3) The VPN should have fast speeds, no logs, multi-device support

Figuring out how to get the best VPN for BBC iPlayer should mean getting the best VPN period: a VPN that has great connection speeds, no logs and can support multiple devices at the same time.

A good VPN also does not log your activity, has 256-bit encryption (which is basically a digital lock with 2^256 combinations that is nearly impossible to crack) and can support multiple devices at the same time.

VPN Vault by Appsverse ticks all this criteria and even has upload and download speeds that can go up to 8Mbps, beating top VPN providers such as NordVPN and Cyberghost.

How to get the best VPN for BBC iPlayer: how to download a VPN that works

Now that you know how to get the best VPN for BBC iPlayer, it is simple to download a VPN app that works for you. Here’s how:

Step 3: Open the VPN Vault app, select the United Kingdom server and press the On button. That’s it.

Now that you know how to get the best VPN for BBC iPlayer, download the VPN Vault app today and try it for yourself! 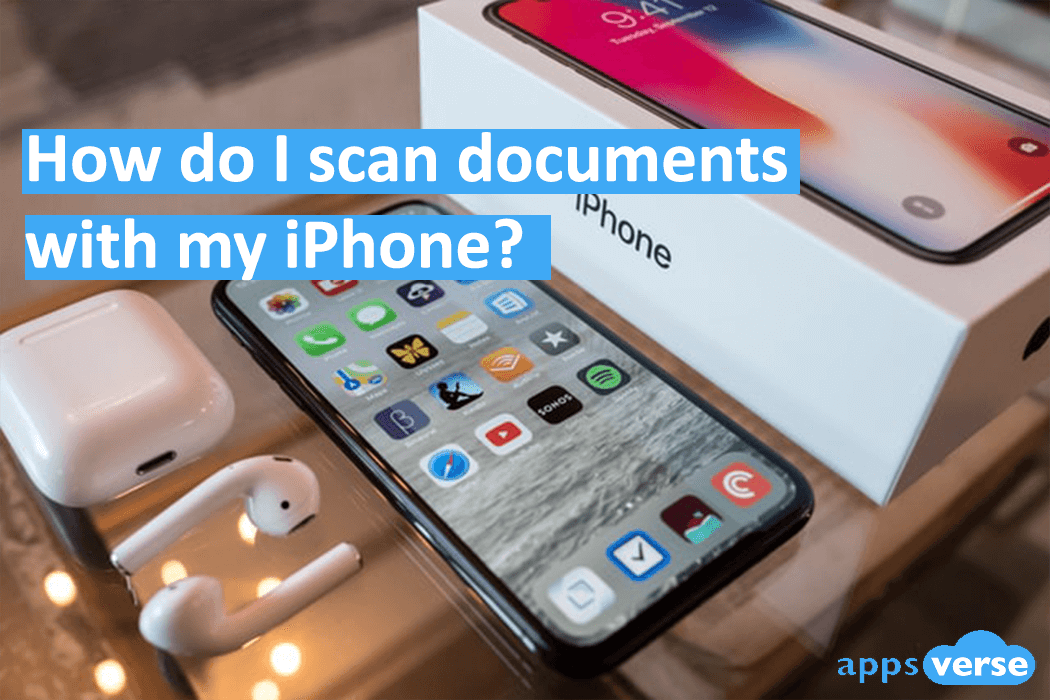 Ever asked: How do I scan documents with my iPhone? Sometimes you’ll need a quick scan in a pinch. If you’re out of office meeting clients, you may

Despite all the fanfare surrounding the latest iPhone 12 models, more people are turning to a cheap, bare, and low-cost type of cell phone - something quite the opposite. "Burner