Consider adding a second line to a cell phone today.

Now who would do that, you may wonder. People engaged in illegal deals? Or no-good-doers with secrets to hide? Well not necessarily and in fact adding a second line to your cell phone is now becoming a necessity.

Two phone numbers to a phone

Adding a second line to cell phones is no longer for the Casanovas with a hanky-panky affair nor the run-away convicts seen in movies. Common decent chaps that you meet on a daily basis could be holding two lines in their cell phones.

Consider your enterprising neighbor who added multiple phone lines to differentiate their clients, or your colleague who separate his work and personal number to ensure some work-life balance. Maybe your siblings are using different lines for different school cliques? How about your friend? One number to for their potential dates and another to chat with you?

Adding a second line to your cell phone has become a norm these days. So, what exactly is this?

What is a second line to cell phone?

A second line to your cell phone offers you an additional number to use. The number could have been found from the AppleCloud or another SIM card. But for convenience and cost,  more are sourcing their second line from mobile apps.

And it’s quite clear why adding a second line is turning to be such an attractive option.

Reason 1: All under one roof

Ever found it difficult to differentiate your boss’s impending nags from your spouse’s serenades simply by the incoming phone calls? Well, your single phone line might be the reason. Chances are that we will pick up the phone call without much thought and end up with the former. Real music to our ears it must be. By adding another line to our phone, delegate one number specially for that naggy boss of yours.

Imagine being able to plan your excuse before the next nag. Life has never been better.

Reason 3: Plan B after your failed date

Or possibly it’s not just your boss that’s the horror. Imagine going onto a dating website and offering your personal contacts to unknown people on line. Sounds good if that other ends up becoming your spouse-to-be. What if it doesn’t? Worse still, they pester you after that one traumatic date with them? Add a second line to your phone and never fear of leaving your contacts on dating websites.

Reason 4: To commit but not to commit

Registering for items these days can be a real pain. From signing up to your gym membership to renewing your licenses, these sites are all interested in one thing: your phone number. And this often ends up with a message box inundated with their spam messages.

A second phone number can help you filter out these unwanted messages and keep your private number spam-free.

Yes, workaholics, this is for you. Its good to be working hard, but not when you are working too hard. Having a single phone number often means being a 24-hour work mug who cannot differentiate a work call from a call from home. Know someone like this? Let them know they need a second phone number (and a life). Add an additional phone number and they might soon migrate away from the desk more frequently.

Think that you are fine with one number? Think again. All mono-number folks out there, you might want to read this.

3 dangers by not adding a second line to cell phone

Danger 1: You are vulnerable to threats

One single number can leave your other private information liable to spamming, scamming and hacking. Sounds like some dooms-day scenario? Well not exactly. With Big Data and Automatic Number Identification (ANI), your internet tracks and personal information can be farmed and hacked with just your single phone number.

Think you are safe? Think again.

Danger 2: Hello from the other side

If those threats above aren’t fearful enough, how about the annoyance of robocallers? Imagine picking up your call and having half of the calls to be spam. Well, that is the experience that an average American face in 2019. For the entrepreneurs out there, how would this affect your accessibility to your customers?

For the love of your time, add a second phone number to deal with the spammers and the scammers.

Danger 3: Attached to your phone number

You use the same phone number for your family, your work and everything you can think of. Say for instance, that you want to change a phone number (security breach perhaps). That would mean having to inform your family members, notifying your colleagues, resetting your bank account information …

That’s rather tormenting, isn’t it?

Add different phone numbers to your cell phone to avoid all these troubles. And adding a second line to your phone doesn’t involve some tough calculus thinking. It can be as simple as downloading a file to your phone.

3 ways to add a second line to cell phone

One method to add a second line to your cell phone is through Google Voice. Subscribing to Google Voice enables you to redirect phone calls received to your working phone, landline or even your computer. Accessible as it seems, however, this personal operator of yours cannot send lengthy MMS texts to your friends or upload that cute cat picture you took onto Whatsapp. Better luck cat-lovers.

If Google Voice’s no-photo downside is past your threshold, why not two SIM cards? Apart from separating your work and personal calls, it keeps you connected back home, all while enjoying an escape trip to the Maldives. But remember to bring a good amount of phone charger on that Maldive trip. DualSIM cards in a phone tend to sap your non-iPhone battery real fast.

And yes, for iPhone users out there,  dualSIM cards isn't an available option.  Check your phone to see if having two SIM cards are even possible.

Or you can always consider Phoner. Have not just two, three but as many phone lines that you need in your mobile phone. And what's more, have a variety of numbers from 30 countries and over 50 US states to choose from.  Need a New York number to pair with your current line?  No problem!  Add as many lines as you need.

Have two bosses, three dates and a hawkish mum? Six phone lines it is, and you don’t have to worry of an overly-worked phone battery.

Want to add a second line to your cell phone? Click here for Phoner app.

International long-distance calling gives us the ability to connect with friends and family who live in another country. If you are looking to understand international calling rates in the US, you are at the right place. Cost of international calls for US carriers in 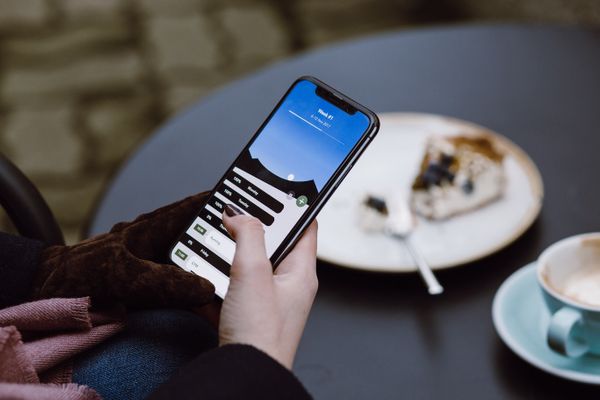 If you recently received an old iPhone from someone, or found a spare iPhone at home, you may be wondering a very common question: Can I use an iPhone without