Are you trying to figure out how to unblock TikTok, the app that’s banned in India and possibly the US? There are also several other countries where the popular video-sharing app is currently blocked now.

Let’s run through how to unblock TikTok by using a VPN and teach you how to download this VPN app.

How to unblock TikTok: Why do you need a VPN for it?

Before we figure out how to unblock TikTok, the app that’s banned in India and possibly the US, let us first understand why a VPN is the best solution for this.

The popular video-sharing app with trends, dance challenges and memes has been banned in India since June 2020, along with more than 200 other apps including WeChat that reportedly were “prejudicial to sovereignty and integrity of India, defence of India, security of state and public order”.

However, as recently as this past month, there has been a concerted effort by TikTok’s India team to bring back the app by complying with local laws.

TikTok is also banned in Bangladesh and Armenia, was banned in Pakistan and Indonesia, and most recently, has attracted significant talk in the United States of a possible ban under the outgoing Donald Trump administration.

However, the December 4th deadline for Bytedance -- TikTok’s parent company -- to spin out or sell its business in the US or face the app’s possible ban, will not be enforced due to ongoing discussions including Oracle and Walmart possibly running TikTok’s US business.

It must be noted that although TikTok’s app is a separate build from its only-in-China app Douyin, the privacy policy of the app states that the company can share any information with the Chinese government including your own user data.

Whether you’re trying to access TikTok from a country that has banned it, or you are trying to hide your Internet activity and personal information so that you won’t be exposed to TikTok, having a VPN can help you achieve both options.

Using a VPN to to unblock TikTok, the app that’s banned in India and possibly the US, will help you achieve a few things:

It can be tricky trying to figure out how to unblock TikTok, the app that’s banned in India and possibly the US, because you may run the risk of being found out if you are bypassing the firewall.

If you access TikTok using a free proxy tool, such tools may log your data and pass this on to the Internet Service Provider which means you will be tracked and action can be taken against you if you are found out.

Therefore, you should find a VPN that does not log your data so that you can unblock TikTok while keeping your activity hidden from prying eyes.

Apps such as VPN Vault by Appsverse have no logs on your IP address and history which means it will be difficult to trace any activity back to you.

If your VPN connection has only one static IP address, chances are high that your IP address can be detected as constantly connecting to TikTok using third-party tools.

What can happen then is these IP addresses could get banned, causing you to lose your access to unblock TikTok.

Therefore, you should find a VPN that constantly rotates your IP address so that every time you are connected to the Internet using a VPN, you are using a different IP address.

Apps like VPN Vault by Appsverse ensure that your IP is rotated with each connection. When you are connected to the Internet via VPN, the app should show your IP address so you can easily know your IP address.

Whether you are trying to figure out how to unblock TikTok, the app that’s banned in India and possibly the US, or you’re using this approach for any other app you’re trying to unblock and login, it is important to keep your connection secure so that it cannot be intercepted by hackers or bad actors.

To counter this, you should ensure your VPN has military-standard data encryption which makes it nearly impossible for anyone to intercept your Internet connection and unscramble it to see your activity.

Apps like VPN Vault by Appsverse use AES-128 encryption, which is the golden standard for military and government organisations to encrypt their data. This encryption is basically a lock that has 2^128 (that 2 to the power of 128) possibilities of unlocking it.

This encryption cannot be solved by supercomputers today which means your Internet activity has a very high likelihood of staying locked.

Now that you have figured out how to unblock TikTok, the app that’s banned in India and possibly the US, here’s how to download a VPN that works wherever you are:

Step 3: Open the VPN Vault app and press the On button.

Step 4: Now, head back to your App Store to download TikTok and open the app.

Download the VPN Vault app and figure out how to to unblock TikTok, the app that’s banned in India and possibly the US. Try VPN Vault today and leave a review on the App Store. 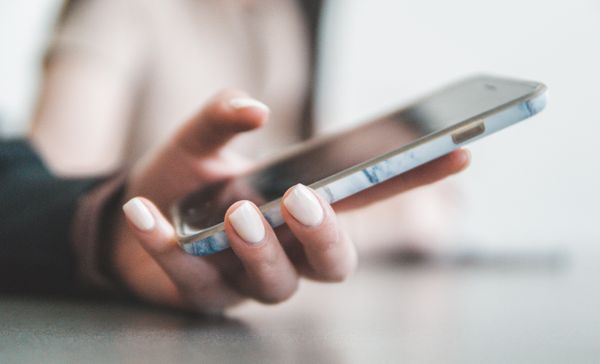 Let’s run through how to get Instagram unblocked and login to the social media app by using a VPN and teach you how to download this VPN app.